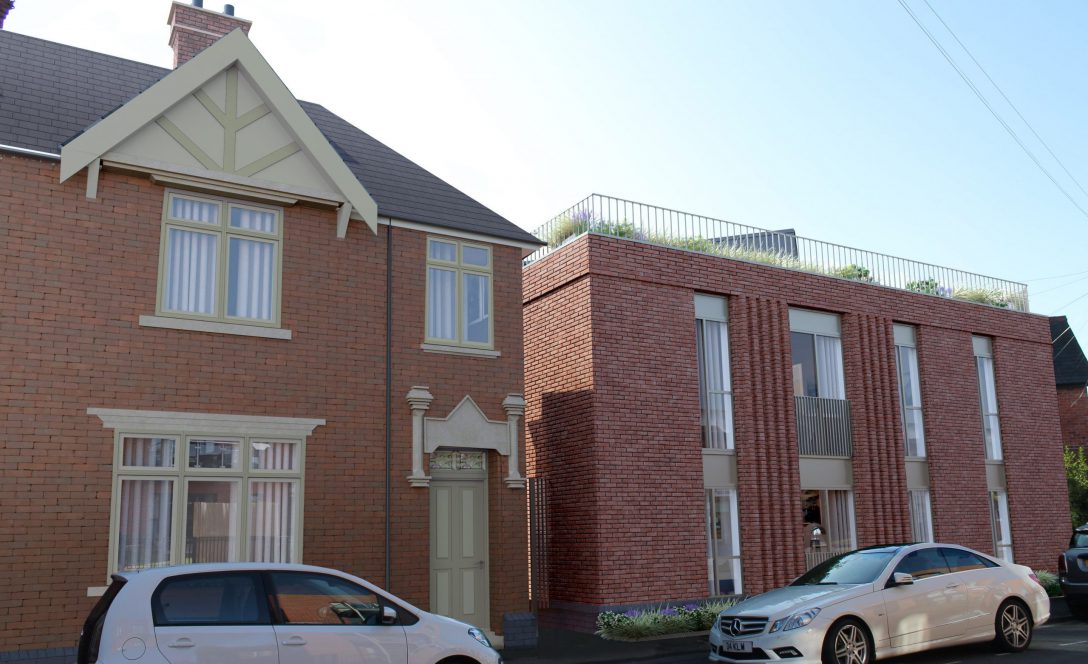 Photomontage CGI visualisations are one of our specialties at North Made Studio. The ability to overlay CGI rendered elements onto real-world photos is hugely useful, especially for property developers with projects that have existing surrounding buildings.

Here we have a selection of architectural visualisation images created for a Manchester based developer. The task was to photograph the existing building as it is a heritage protected building. The developer was tasked with not only construction the new building, but also renovating the heritage building in such a way that it will marry up with the new build development that will neighbour it. This photomontage CGI was created as part of the planning phase for the property development. Camera and light matching was used heavily to produce a realistic set of visuals that blend real world and the virtual world seamlessly.