The Heaton Group are a property development company based in Manchester.

Focused on providing homes to rent, live and invest in. They pride themselves on sourcing the best development opportunities in both well-established and upcoming areas; locations such as Manchester, Preston and Bolton. 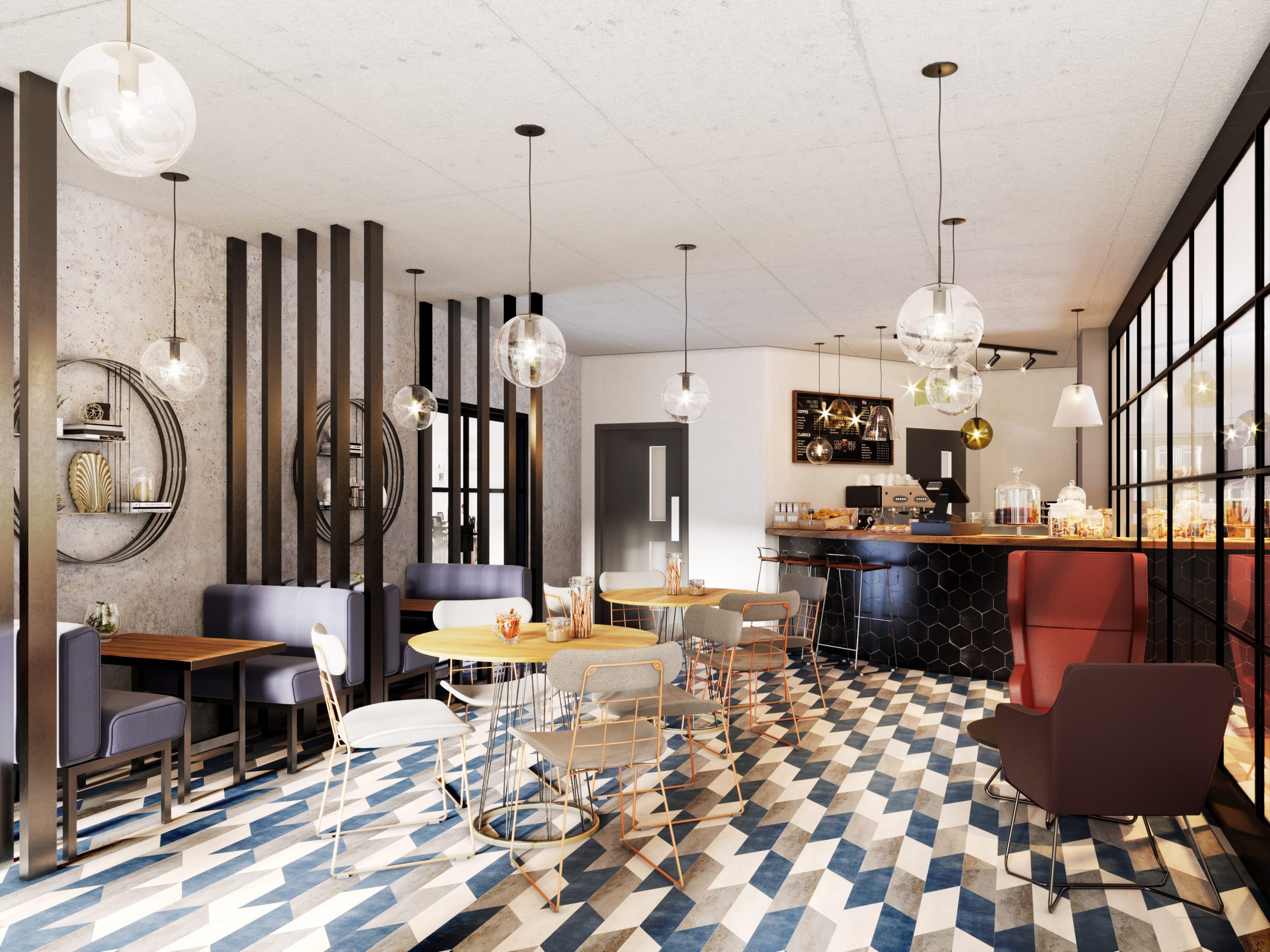 They are interested in the meaning and value in buildings, not just property. Providing more than just a place to live. Their developments become part of the urban landscape, helping to lend a town its personality and a community its character. 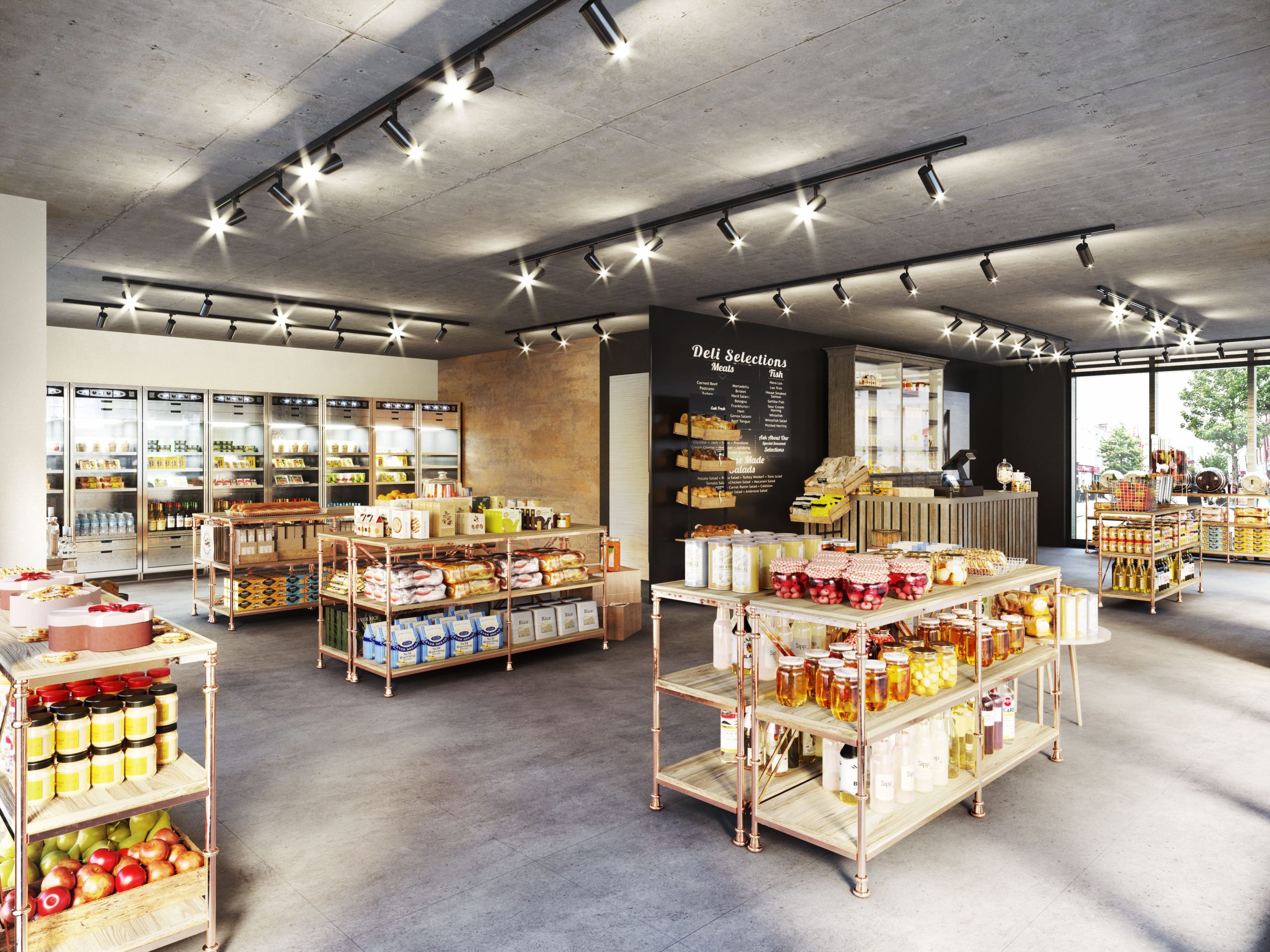 Bishopgate Gardens is one of Heaton Groups flagship developments, providing 1, 2 and 3 bedroom apartment living in the heart of Preston. Apartment units were selling well, so the attention turned to the commercial units on the ground floor. All commercial units were to be retained by Heaton and tenanted out to provide modern retail units for local businesses.

North Made Studio were appointed to produce a selection of marketing CG images that would communicate the potential these commercial units had, and attract local businesses to move in.

Five units were focused on, with each being given a specific style of shop to visualise. These five options were Deli, Florist, Beauty Salon, Barbers and Coffee Shop. A detailed specification was provided for all spaces, allowing our design team to produce interior visualisations that were accurate to the client’s ideal vision.

The Deli was showcased in one of the largest commercial units. Doing so allowed the space to be shown to it full potential. Benefiting from dual aspect windows, this unit really stands out and offers the maximum potential to local businesses interested in renting. 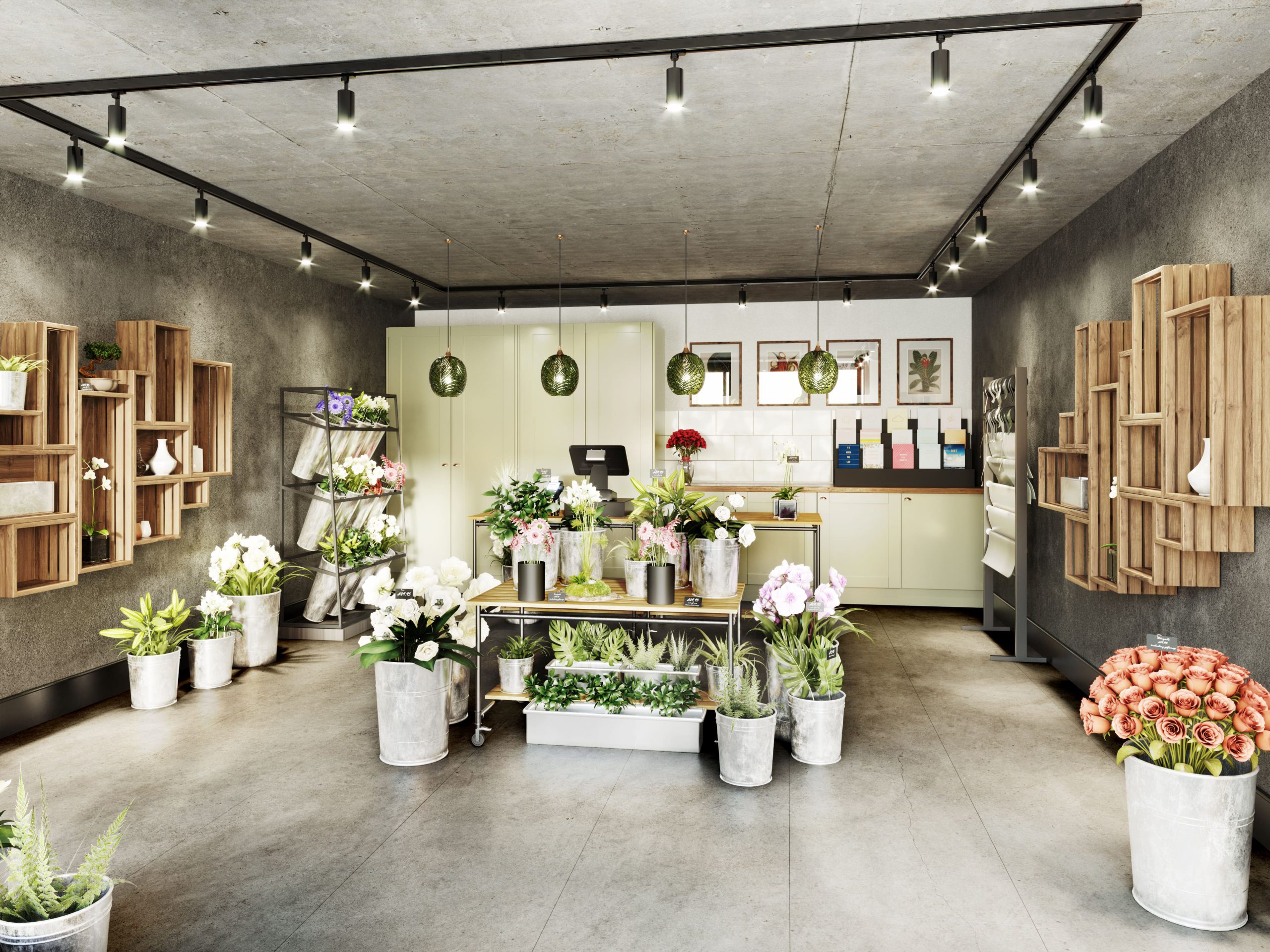 The Florist allows the commercial units to be shown with a more paired back style. Allowing smaller retailers to think creatively about how their business could utilise the space. 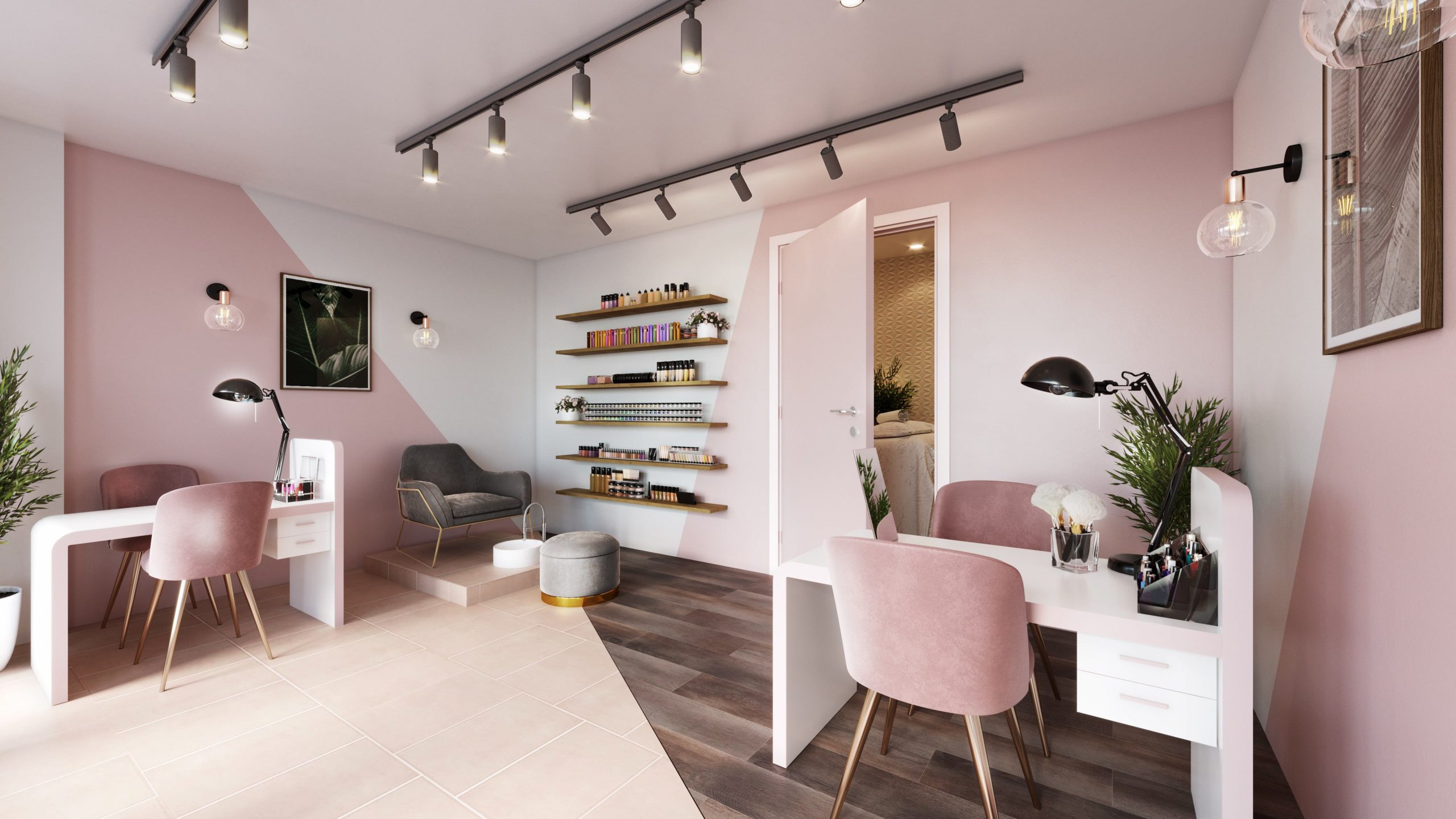 The Beauty Salon was a modern and minimalist design. Pastel colours with a mix of pink and gold were mixed in with edgy angular styling that gave the salon a cutting-edge look. Treatment areas were showcased and the usability of the space was explored and promoted. 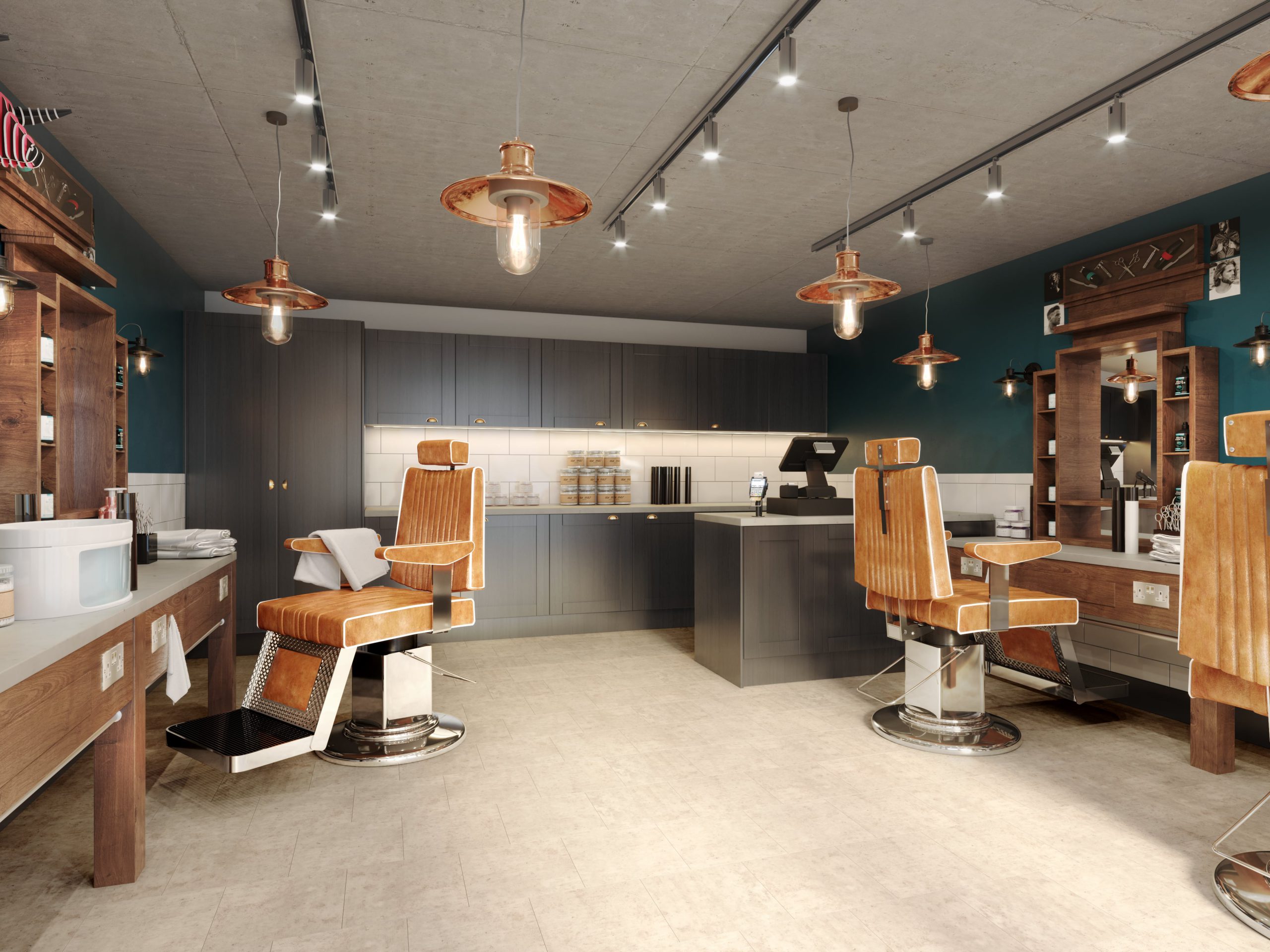 The Barbers had a traditional flavour, with fitted units included to give it a higher sense of quality and prominence. 3D models of real-world barber chairs we added to the CGI scene and accessories were used heavily to bring the space to life.

The Coffee Shop was created with a high level of realism. The interior design aesthetic is very strong within this space and helps to convey how this commercial unit could be used to create a stand out marketing image.

Overall the CG imagery worked perfectly alongside the Heaton Group press campaign to raise awareness of the potential that these units had for local businesses and the community.