They specialise in new-build, off-plan apartments and townhouses.

With a remarkable pipeline of residential developments in choice city centre locations, the Forshaw dedication to the Northern Powerhouse hotspots of Manchester and Salford Quays is undeniable.

River Plaza is one of Forshaw Groups flagship developments. Located on Derwent Street in Manchester, it was originally set-out to be a 180 apartment, 21 storey building that overlooks the River Irwell. After gaining planning approval in 2017, the site was revised in 2020, reducing down to 13 stories and 130 apartments. The reduction narrowed down the scope from 1, 2 and 3 bedroom layouts to just 1 and 2 bedroom offerings. Making the site significantly more financially viable. As part of this revision, the overall design of the building was updated, this is where North Made Studio got involved.

North Made Studio were appointed by Forshaw Group and project architects Jon Matthews Architects to generate a selection of architectural visualisations of the development. The brief was to produce 3 visuals showing varying camera angles of the proposed scheme.  The architect said it was key that the surrounding areas were ‘full of life’.  The canal, tow path and neighbouring landscape needed to respond well to the increased foot traffic – creating a vibrant social area around the building.

The distant views along the canal were complimented by the early morning sunrise theme that was added to the visuals.

A mixture of drone footage and site imagery helped to create a photomontage effect, giving a highly stylised view of the upcoming development in situ, surrounded by existing buildings and landmarks. 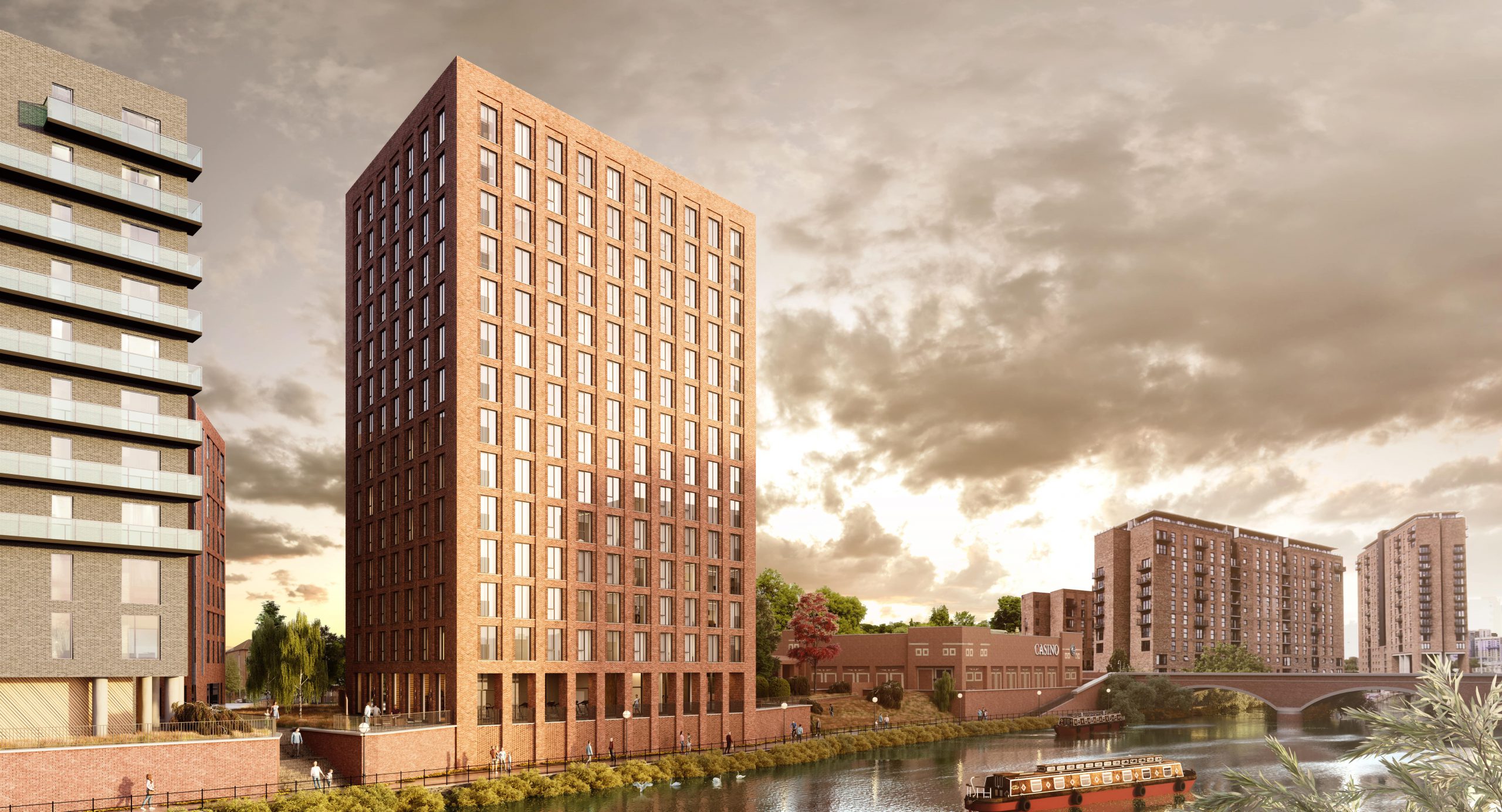