The Regenda group are a housing associated in the North West.

They specialise in providing social rent housing as well as independent living schemes and supported homes. 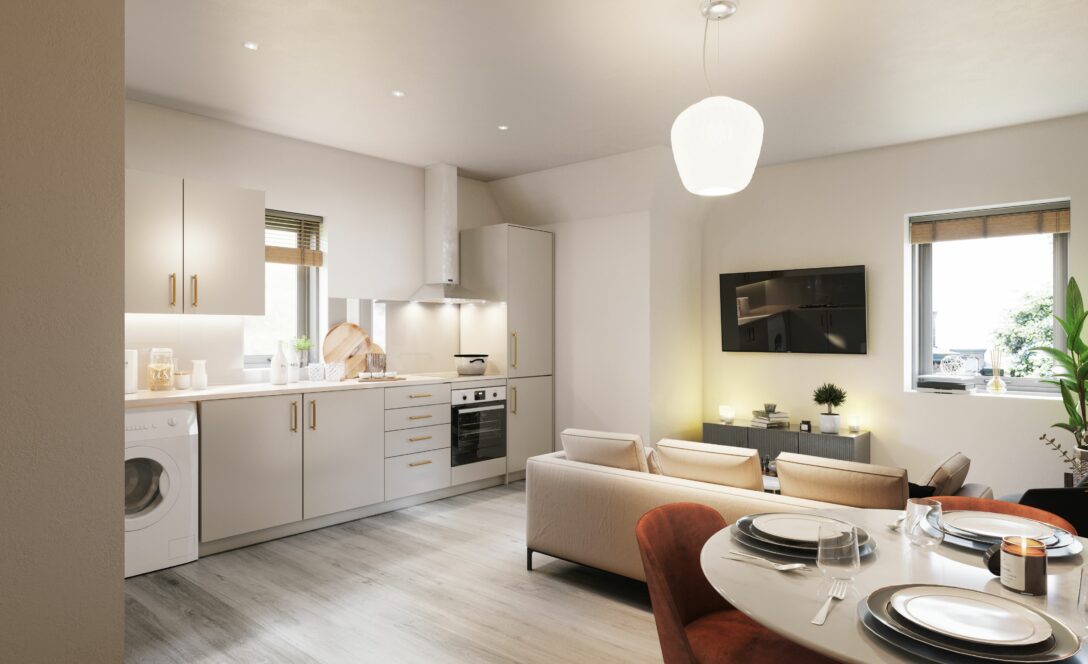 Regenda approached North Made Studio as they were building two new schemes in Liverpool. Both schemes were apartment complexes, Aigburth and Alexandra.

Build under the Redwing sub-brand of Regenda Group, the Alexandra site would be named Luchon Villa and be a 59 apartment building, split between shared ownership and a rent to buy process. 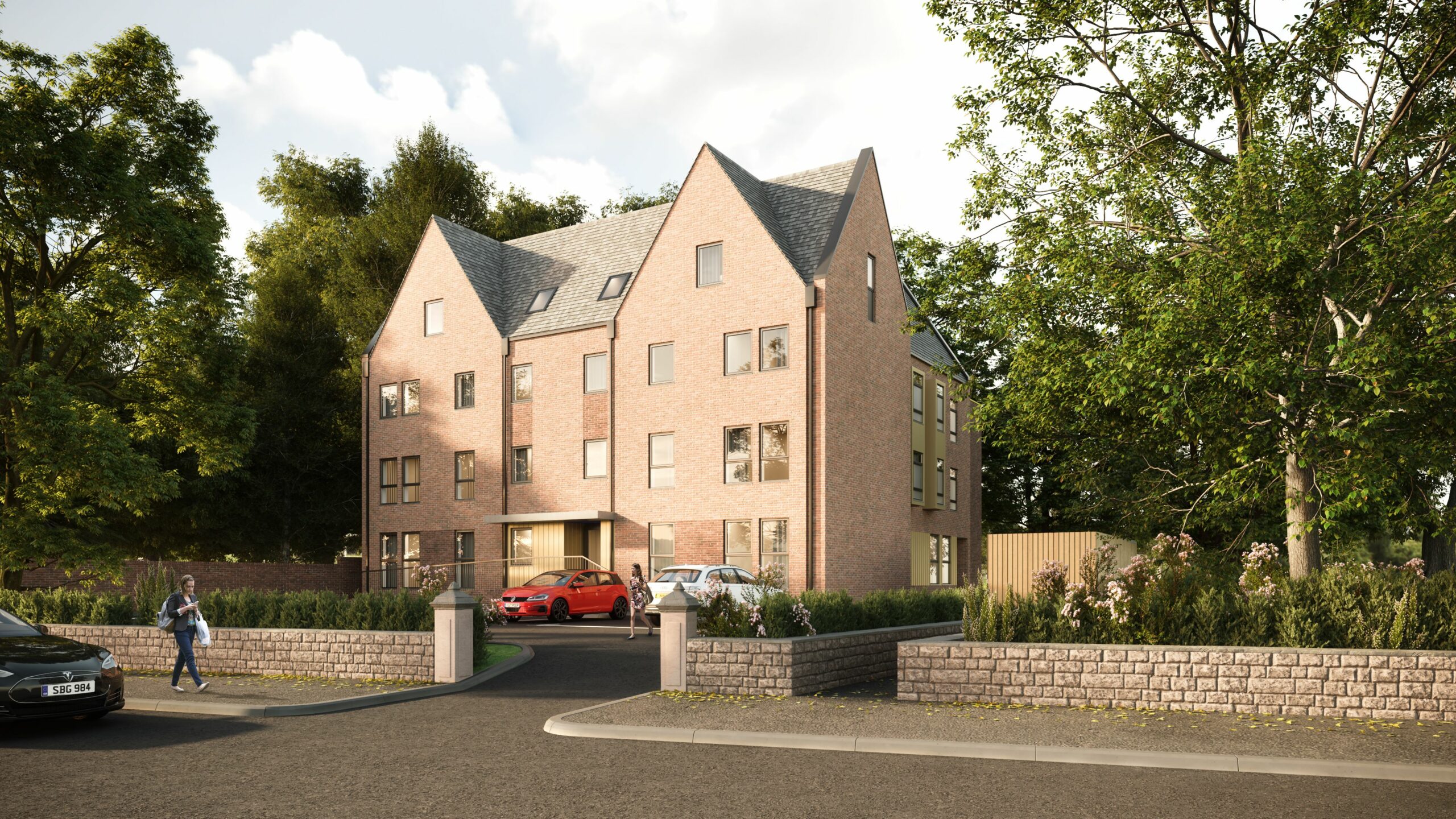 The Aigburth site would be named Parkfield Place and provide 43 apartments, split between one and two bed configurations.

Both apartment buildings features architecture that was in keeping with the neighbouring buildings, allowing them to seamlessly blend into the local area, whilst offering modern interiors. 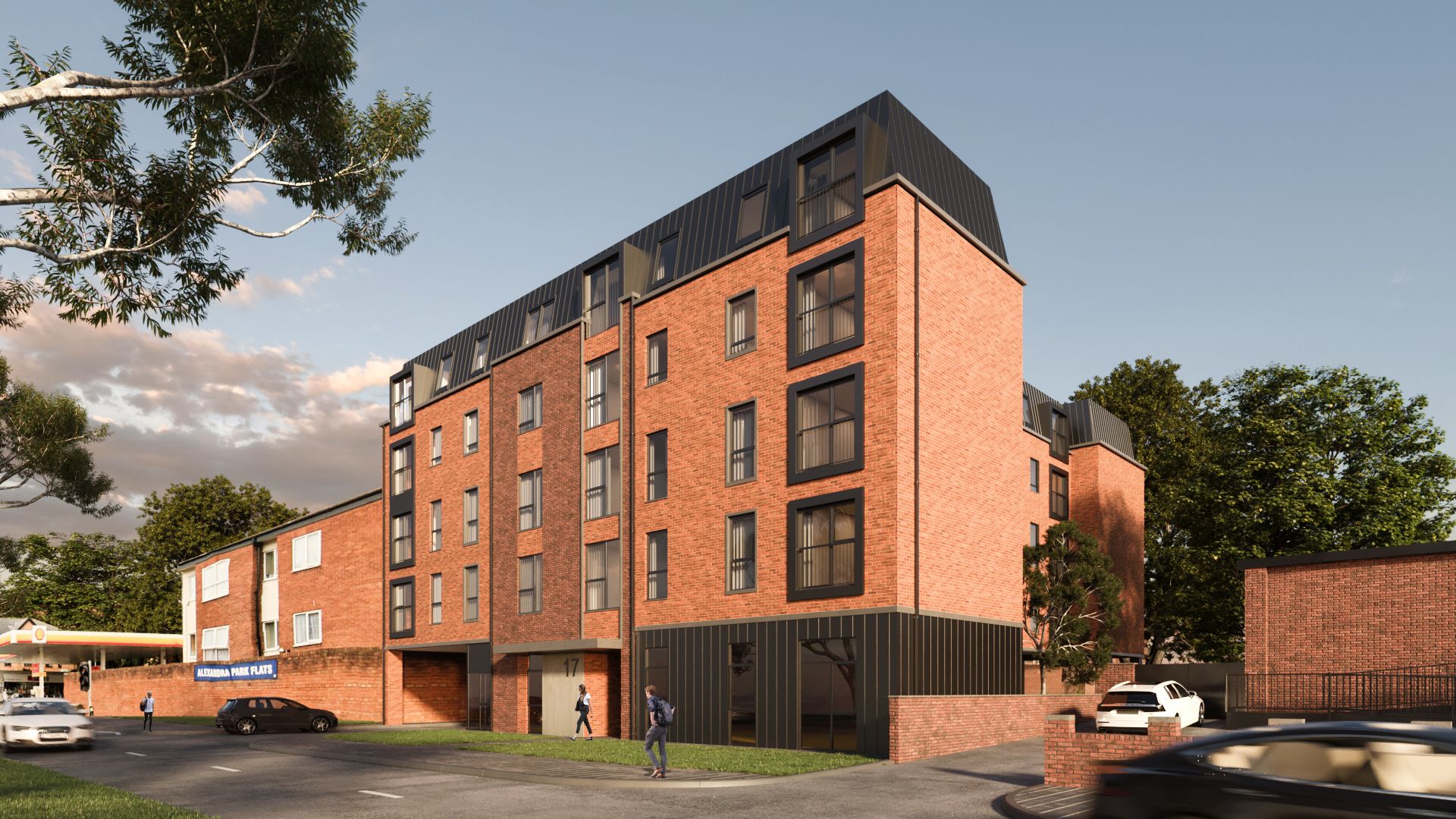 To aid whittle marketing of the properties, North Made Studio produced a selection of architectural visualisations of the building.

Both property developments were treated to the same CGI creations, one external shot and two shots of the living space, a bedroom shot and a bathroom shot. 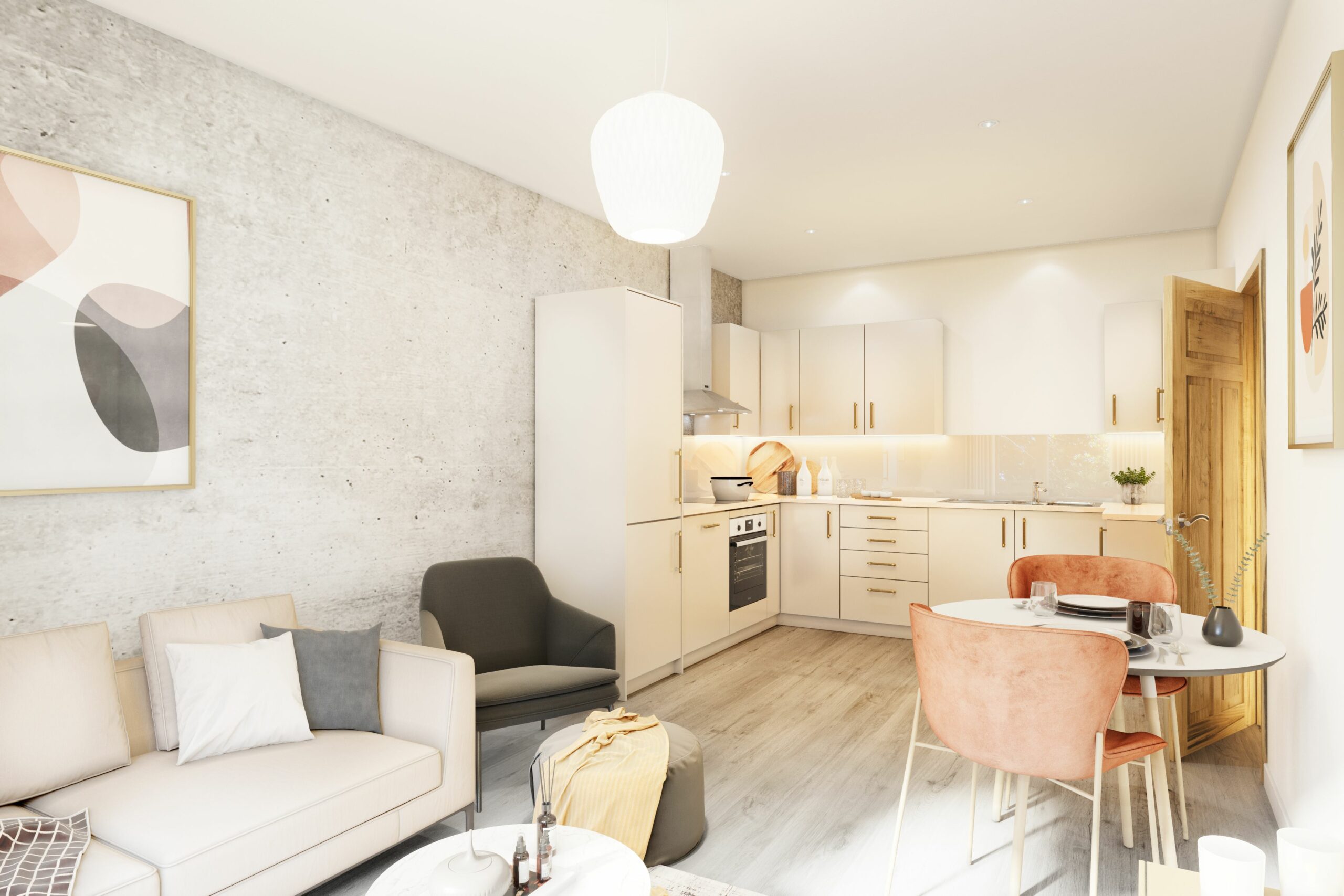 The exterior architectural visualisations both featured the buildings viewed via an angled view that included some of the surrounding location. Google street view and site photography were utilised to create the backgrounds for these visuals.

Internally both apartments featured large open-plan living spaces. One interior visualisation focused the modern fitted kitchen, whilst the other focused on the lounge and dining areas. 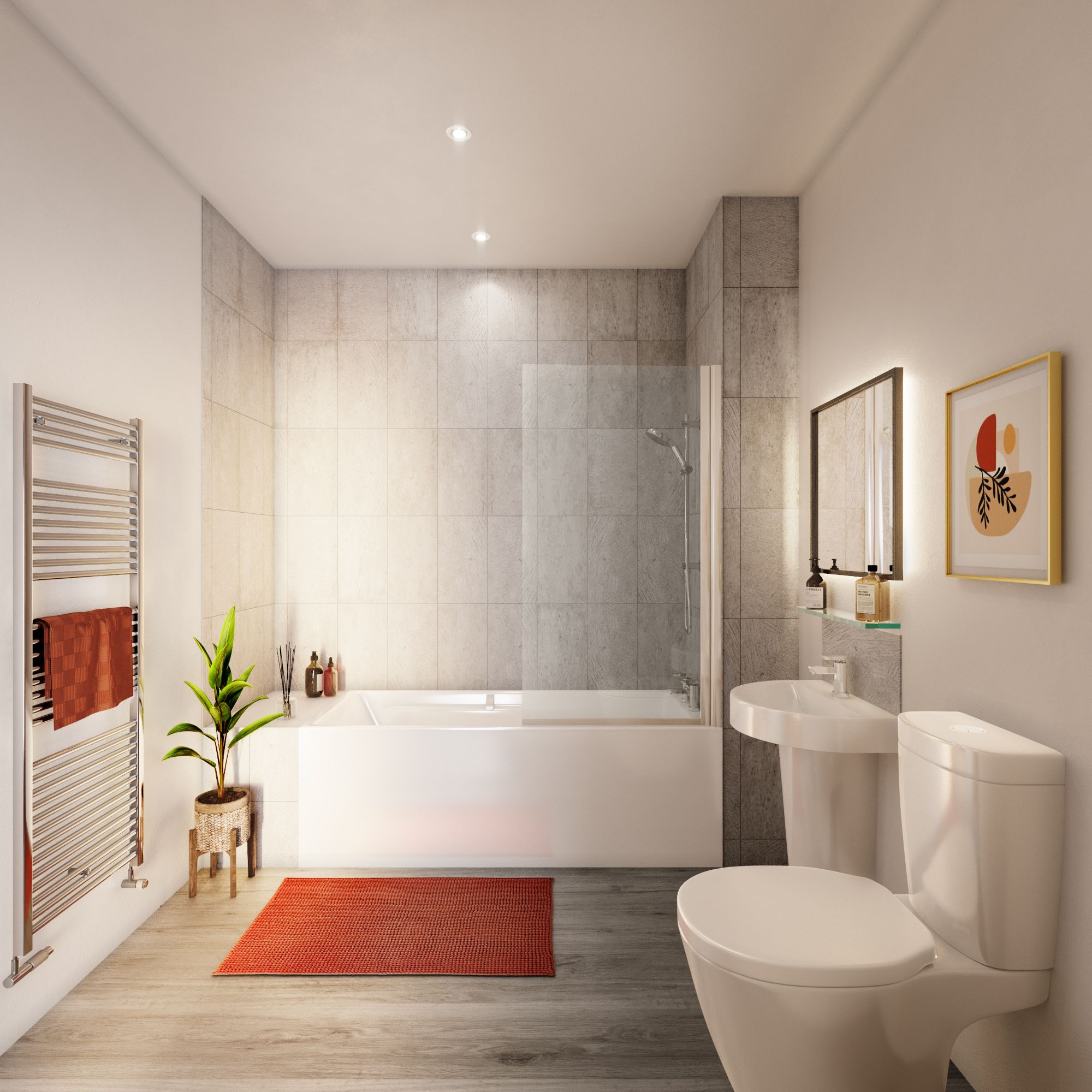 A stand-alone bedroom CG image was produced for both apartments, featuring a warm and welcoming interior style, to help draw viewer in. 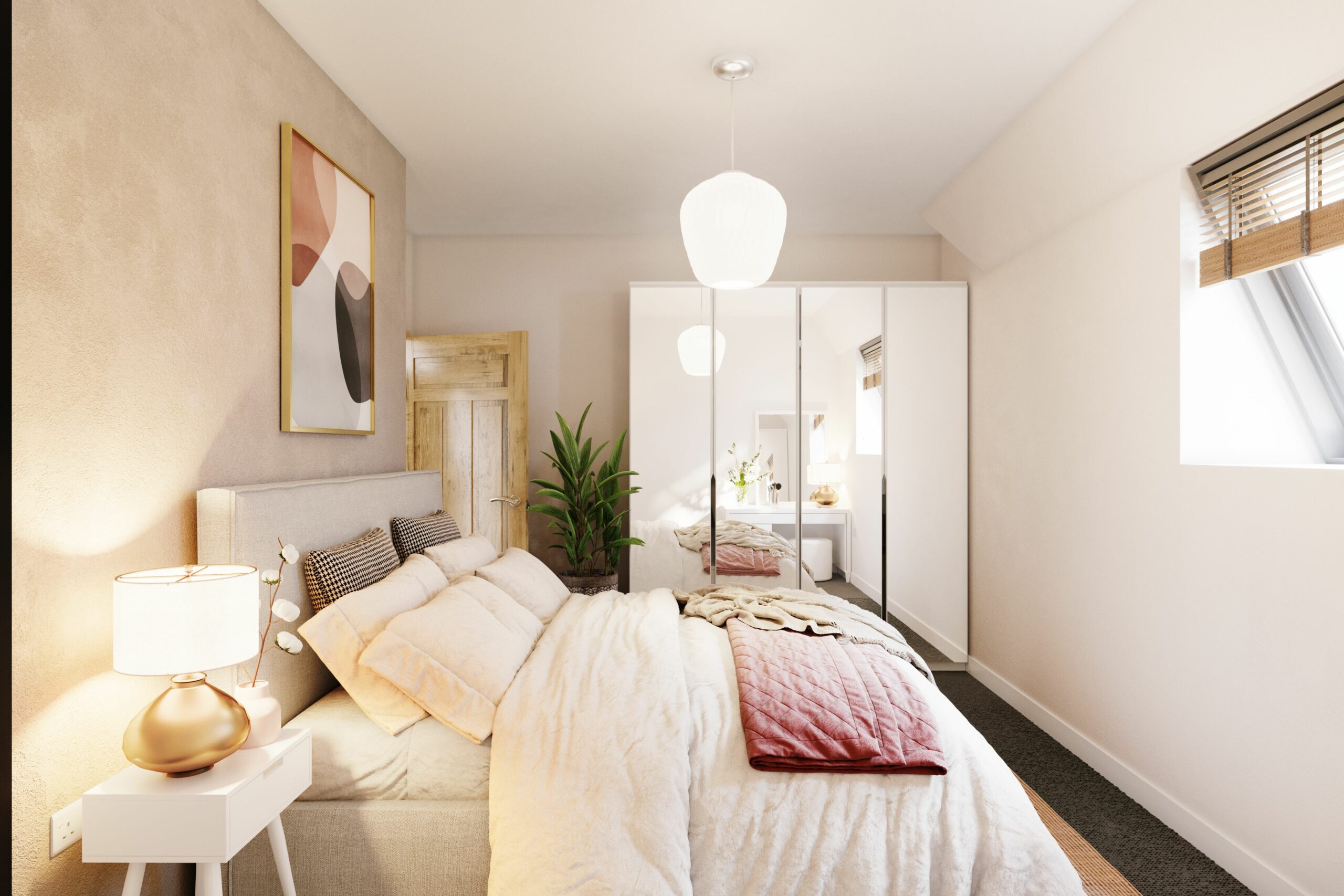 Providing these four visualisations per apartment allows all key areas of the apartments to be visualised, providing a complete picture of the apartments and the level of quality that will be available from them once constructed. 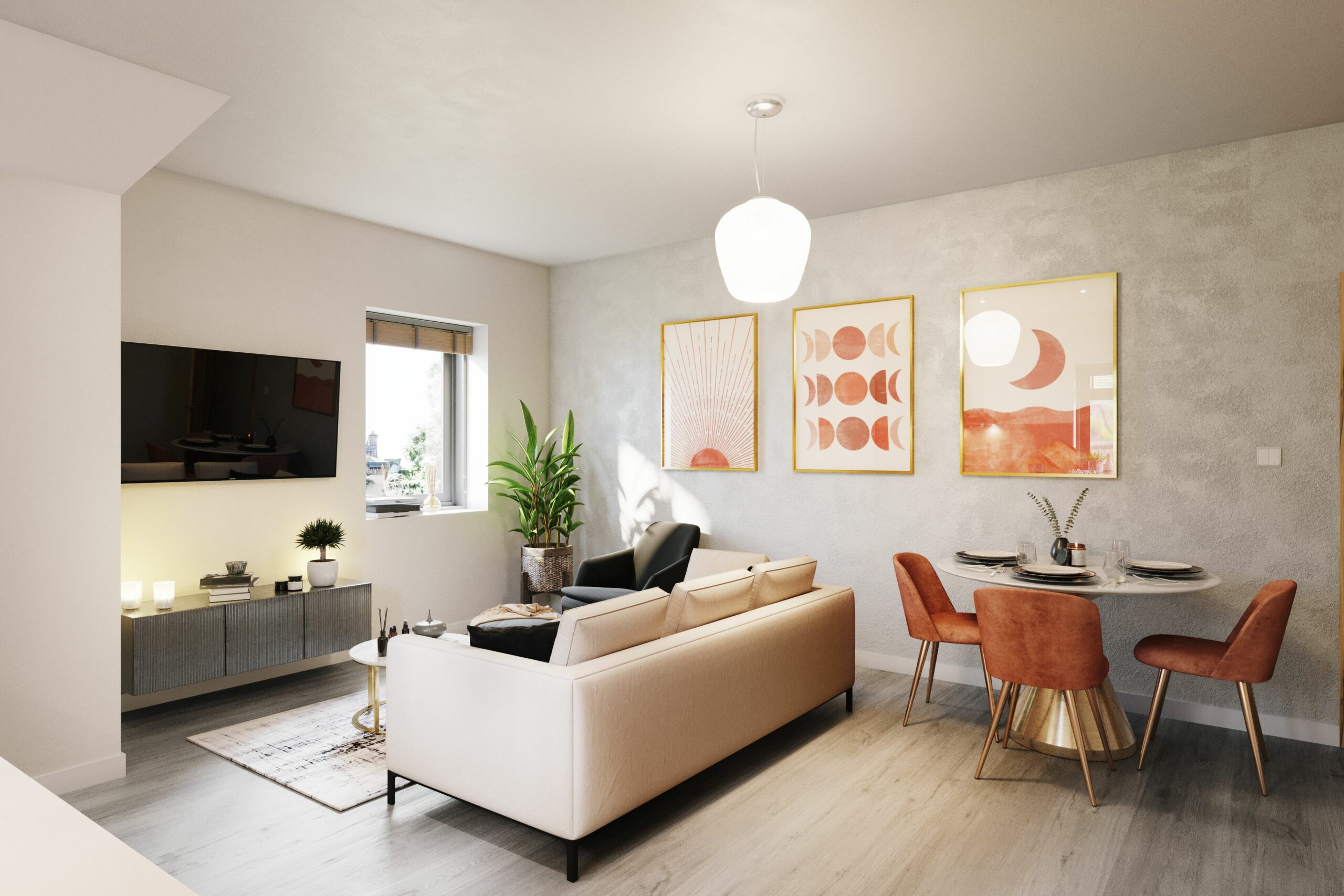