The British Muslim Heritage Centre is a centre of excellence for learning and development & the bastion of Islamic culture in the UK.

Formally the Lancashire independent college building, the BMHC site is a noteworthy feature of the Whalley range region of Greater Manchester. The site is now exclusively owed by the British Muslim Heritage Centre and is used to create a centre of excellence that celebrates Islams heritage, whilst being open and inclusive to all.

To allow the site to fulfil its potentially it in now under development, with plans to add significantly to the area. Ollier Smurthwaite Architects formulated a design direction that would lead to the BMHC becoming one of the most prominent religious sites in the UK.

To helping promote the BMHC ethos globally and attract investment, they approach North Made Studio to create an animation of the centres redevelopment. 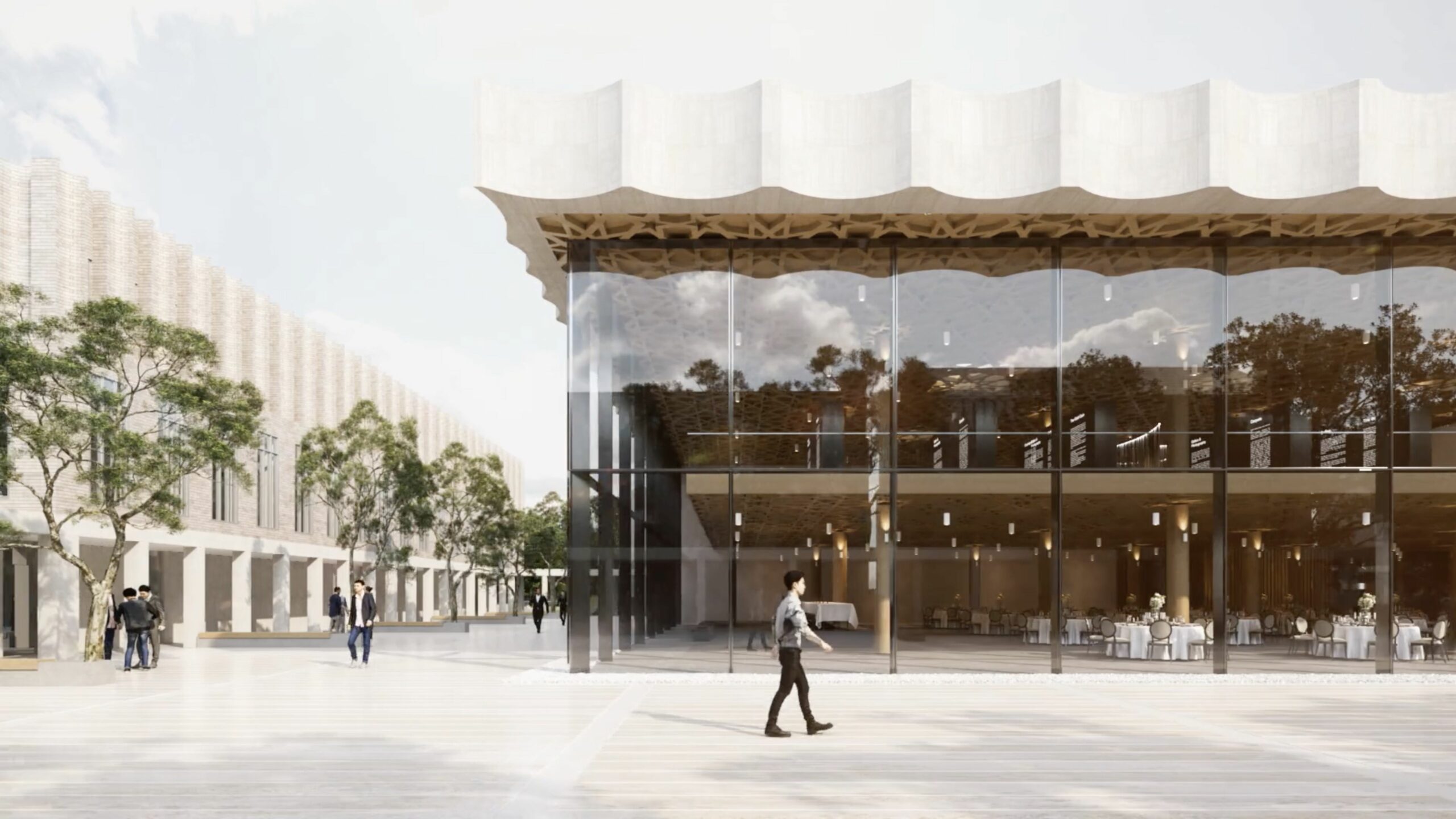 With so many new an innovative additions to the site a degree of design by CGI was implemented, allowing the animations our team created to not only be utilised for promotional purposes, but also allow it to be utilised as part of the pre-planning and planning phases of the development. The level of communication that the animations offers for the project it incredibly valuable.

Externally the existing BMHC building would remain largely the same, however a large glazed canopy would be added to extend the space and link it to the other building stat would form to redeveloped and extend BMHC site. 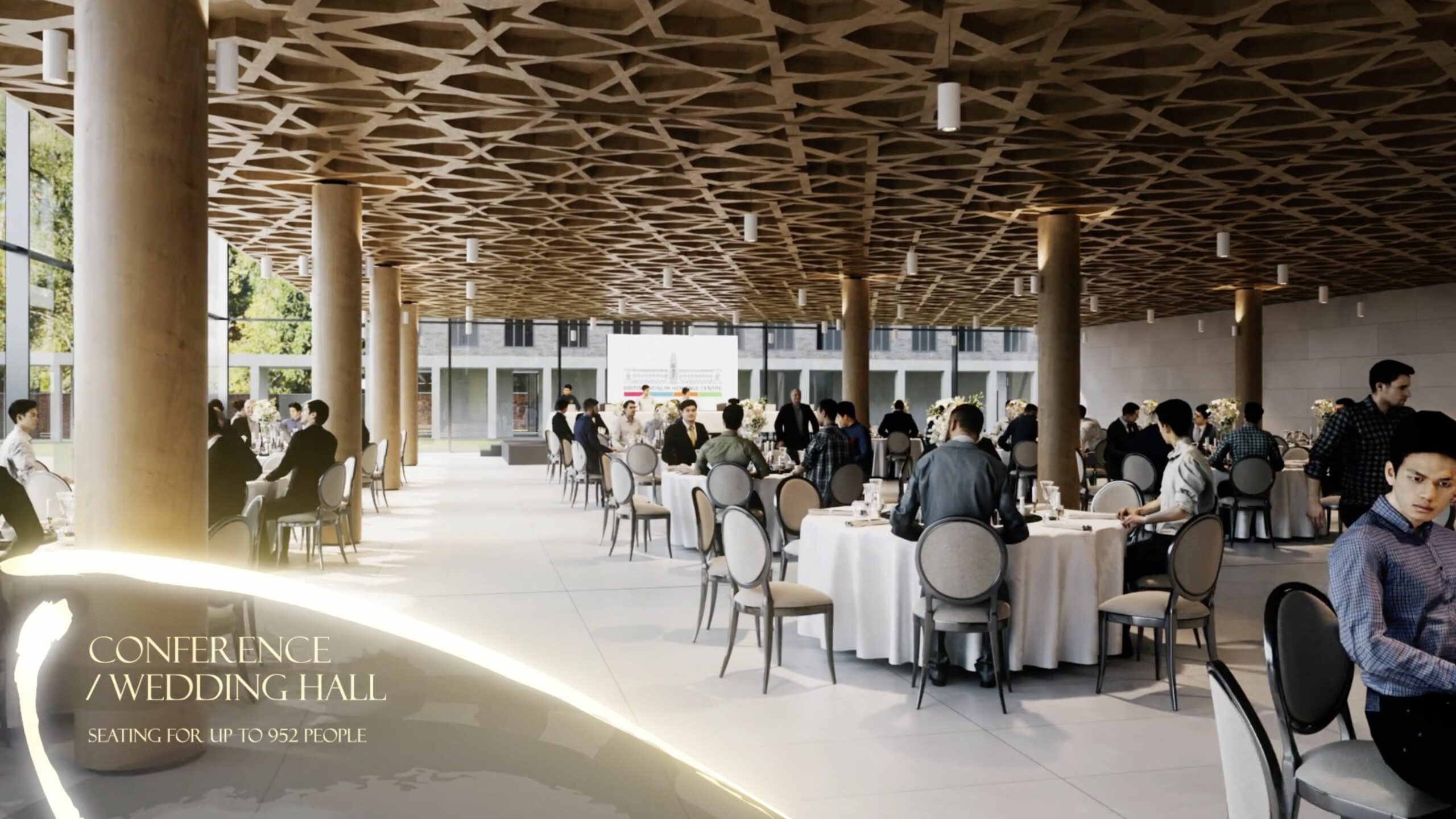 The new buildings feature a modern Islamic style inspired by prominent middle east developments. Extending the site to add a new central hub to house all the main facilities, bordered by additional buildings to add retail/workspace areas and residential accommodation. 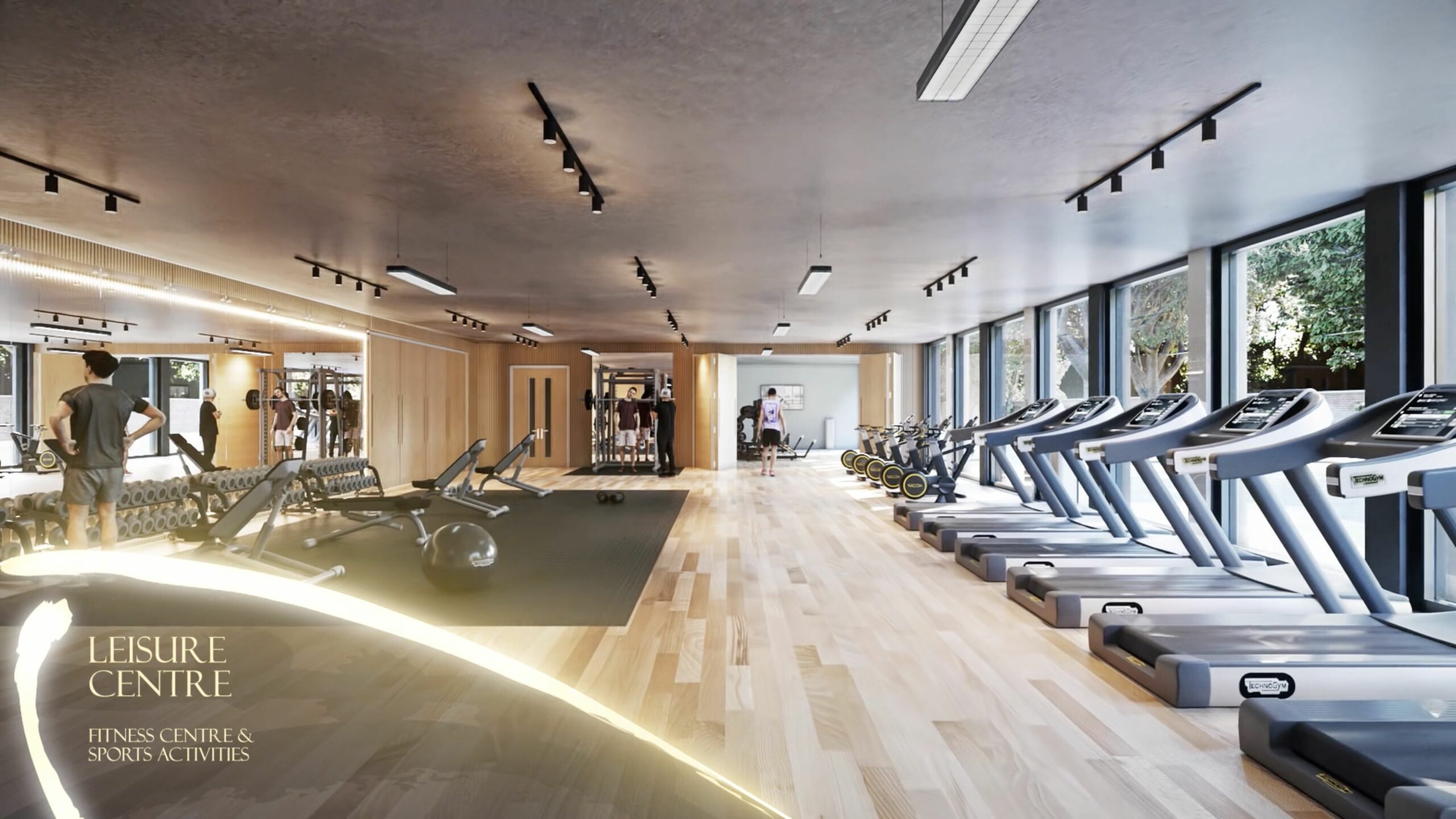 Our team created an animation of the entire site, creating a video that is almost 4 minutes in length. Starting with an introduction to the site captured via drone. Motion tracking was utilised here to depict the development in situ. Infographics illustrate the key features of the location and the site. 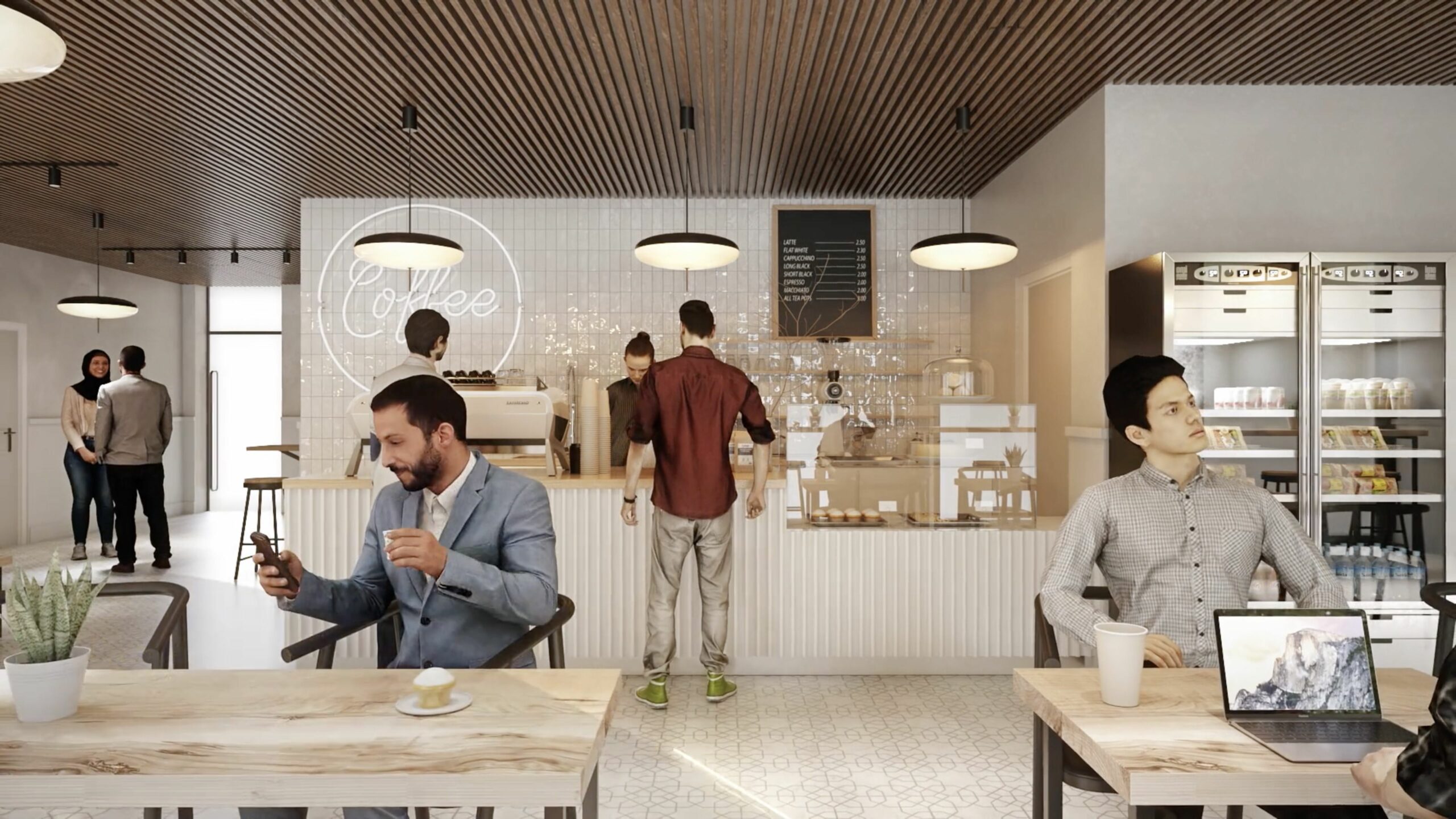 The animation then delves into the site, exploring all noteworthy areas of the development. Dynamic animation cameras were included where possible to produce innovative shots that help to depict the site with more flare. 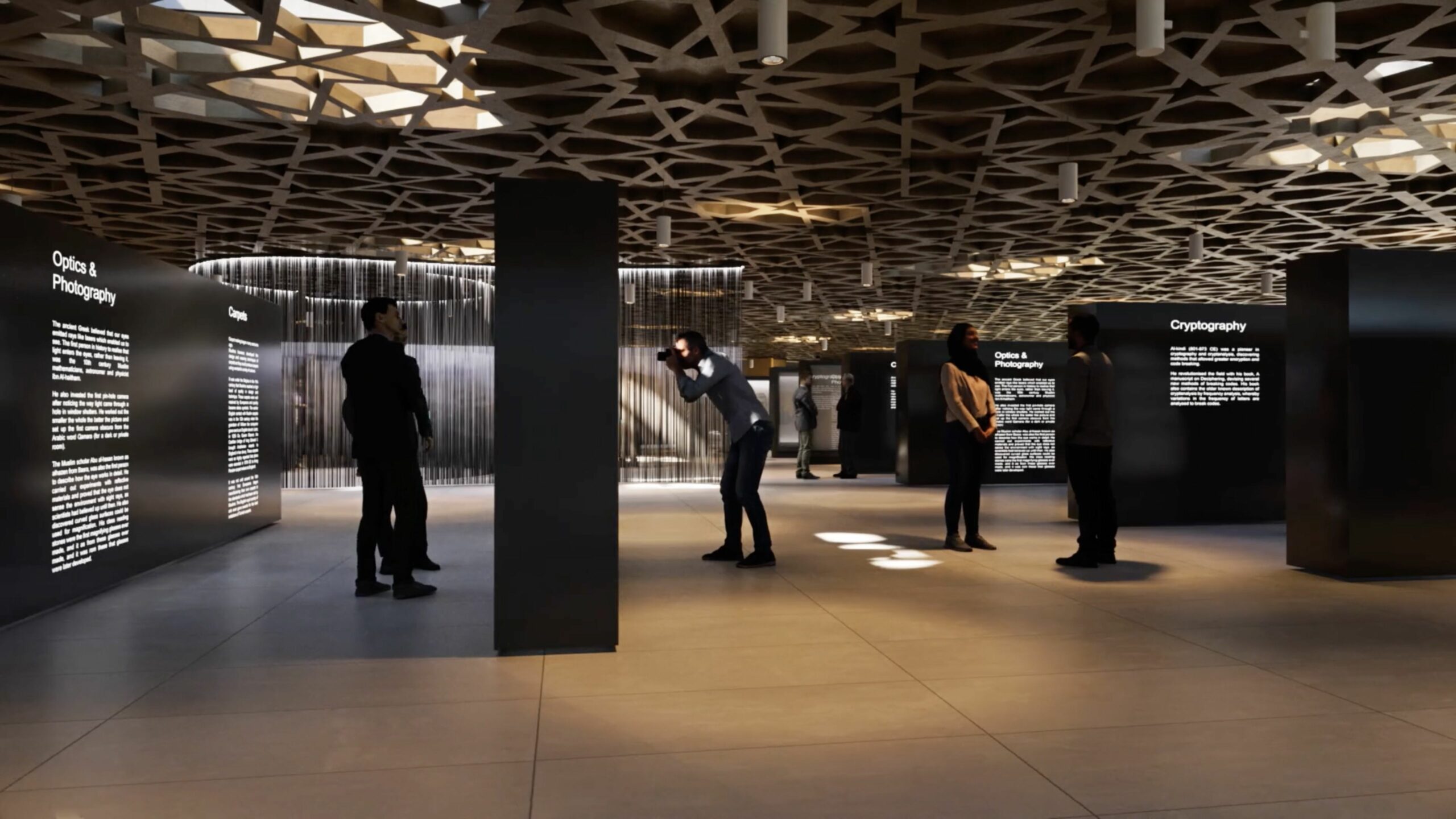 For communal areas animated people were added to enhance the feel of realism. Our team utilised Anima 3D people to create interior spaces that feel alive. Special care was taken throughout the creation of the animation to ensure the correct style of people were added to avoid problems.